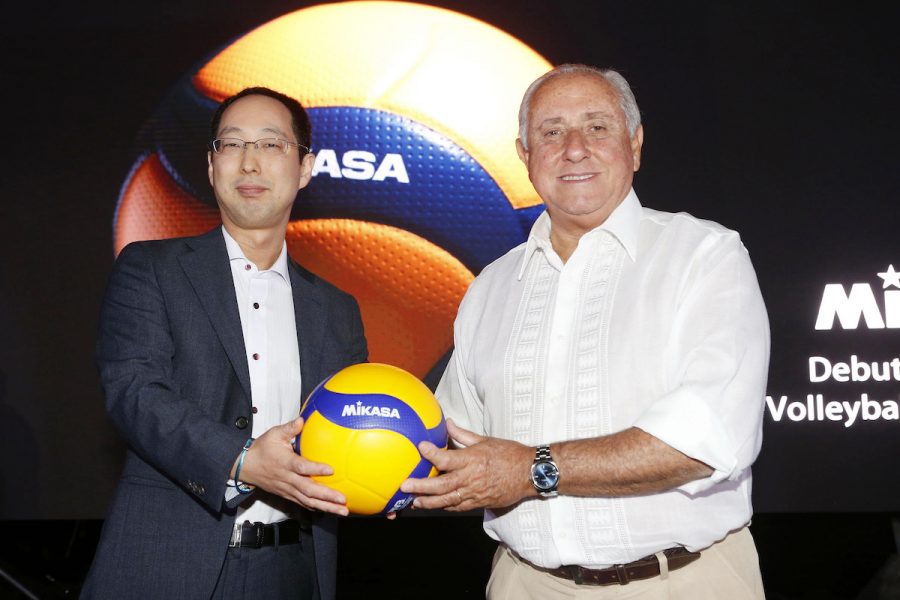 The V200W features a perfectly balanced, 18-panel aerodynamic design that improves ball movement and gives players
greater control. With enhanced visibility, the new indoor ball will optimize the quality of play and maximize excitement on
the court.

The double-dimpled microfiber surface stabilizes the flight path of the ball and creates additional cushioned ball control,
whilst the anti-sweat functionality “Nano Balloon Silica” prevents the surface of the ball from becoming slippery during
intense play. The ball exceeds the FIVB’s homologation standards and passed stringent testing protocols, carried out by
leading national teams and clubs over the last six months.

“Mikasa has supplied equipment for the FIVB since volleyball was first included on the Olympic Program at Tokyo’s first Olympic Games in 1964, and the V200W will be the new FIVB official game ball.

“Mikasa shares the FIVB’s vision for sporting innovation and I believe that our ongoing relationship will go from strength to strength as we move forward together.”

“Our partnership with the FIVB has formed a fundamental relationship for our organization for many years, and I am delighted to launch the V200W, which will be seen and used around the world.

“It is my hope that the FIVB and Mikasa will share many more future moments like this.”